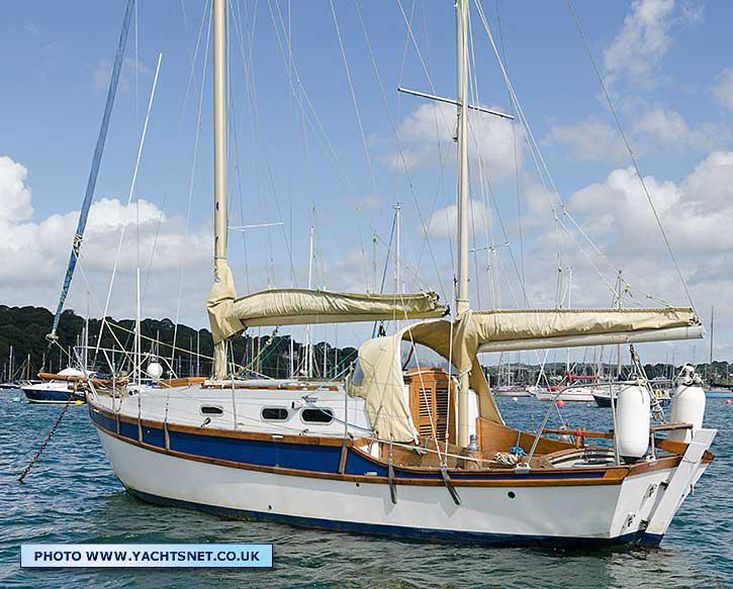 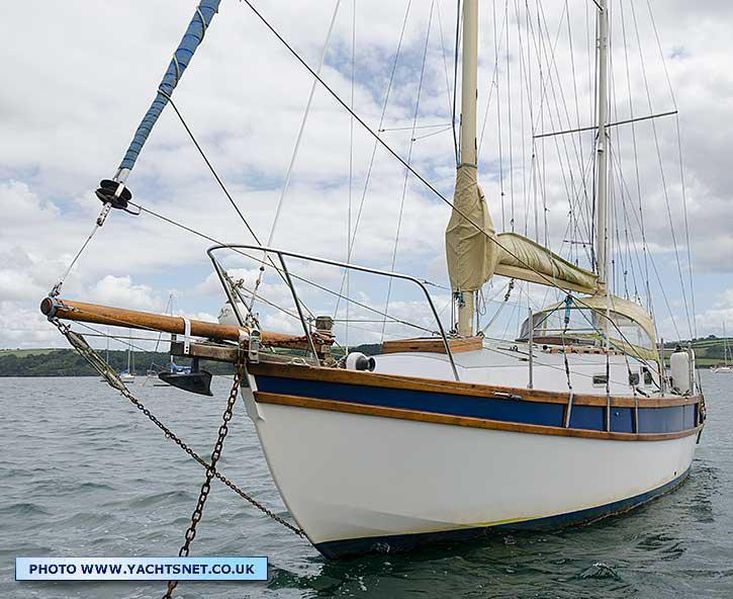 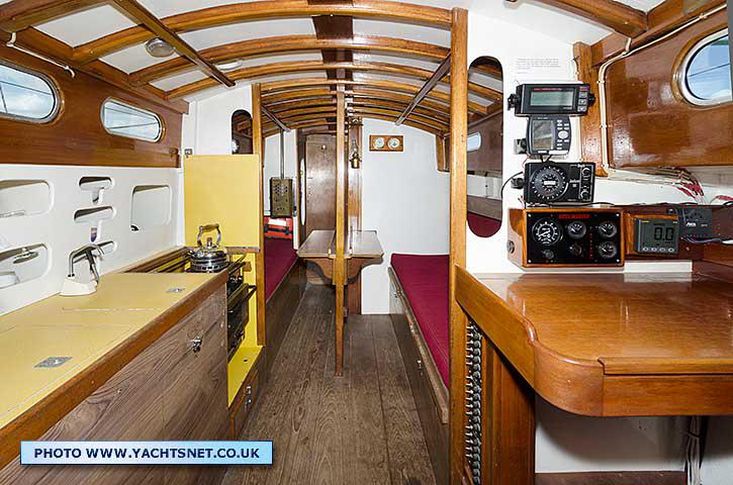 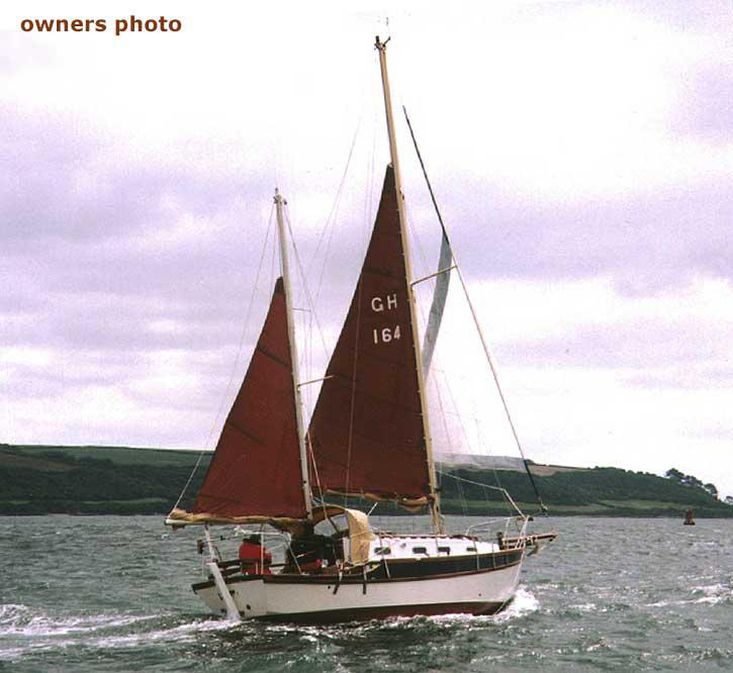 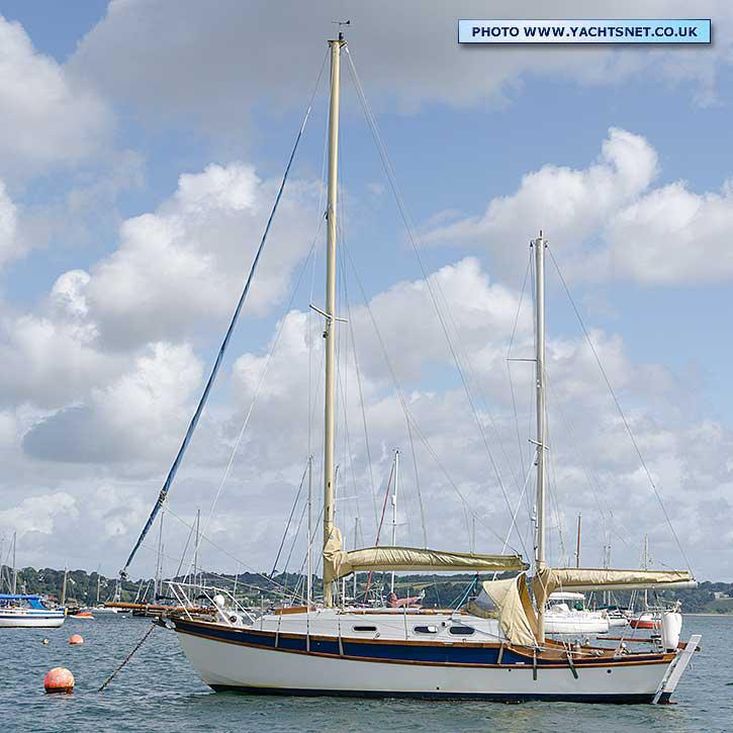 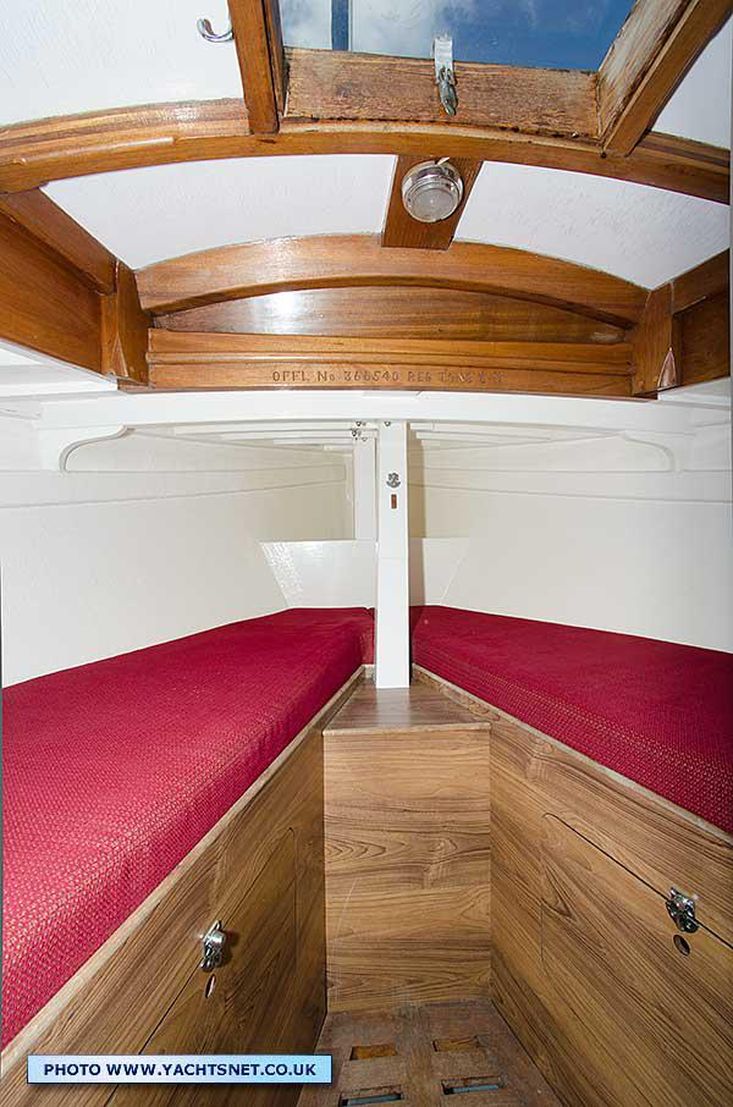 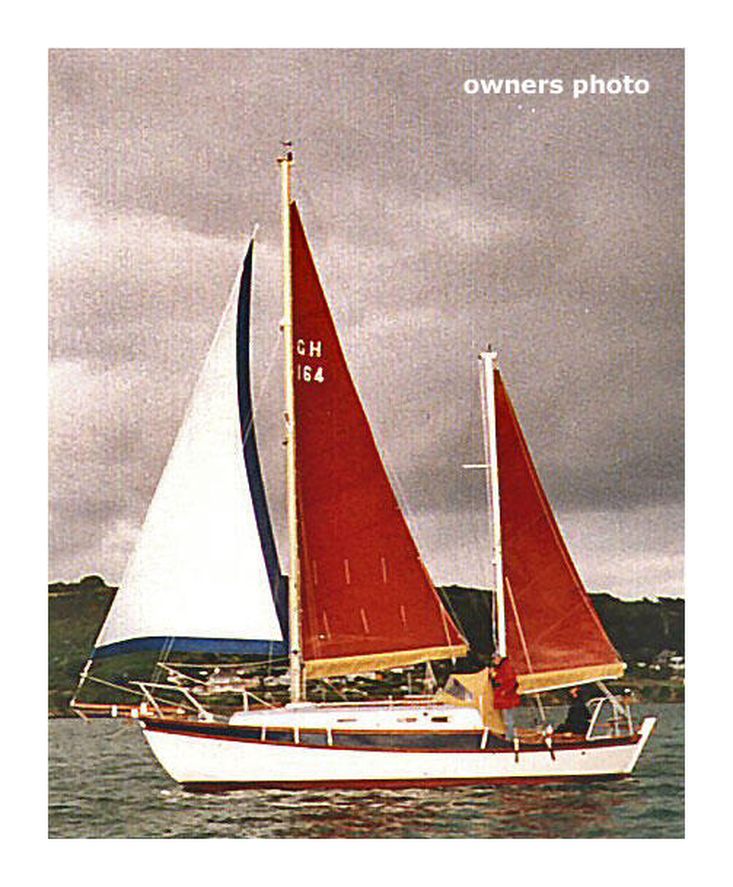 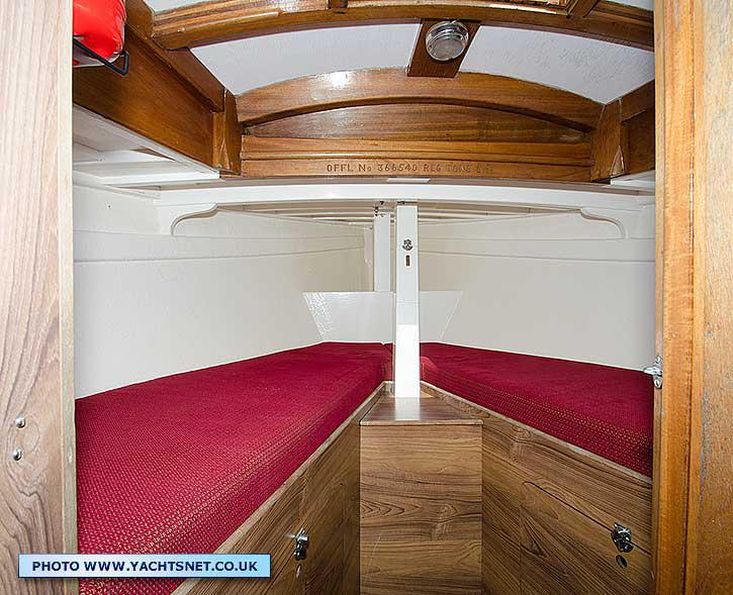 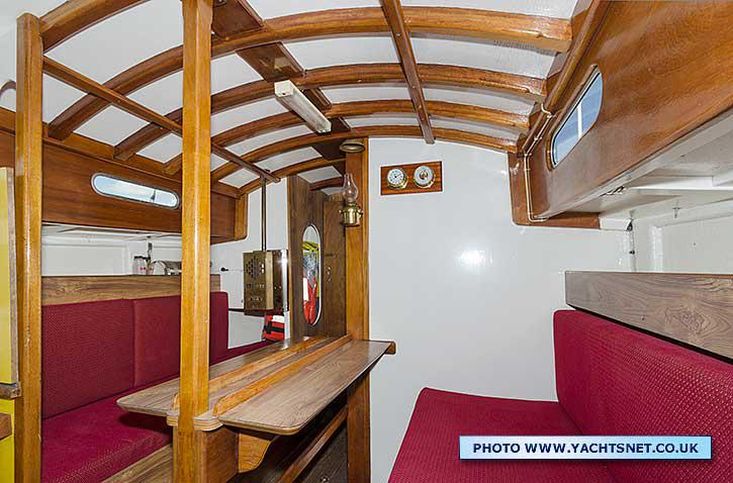 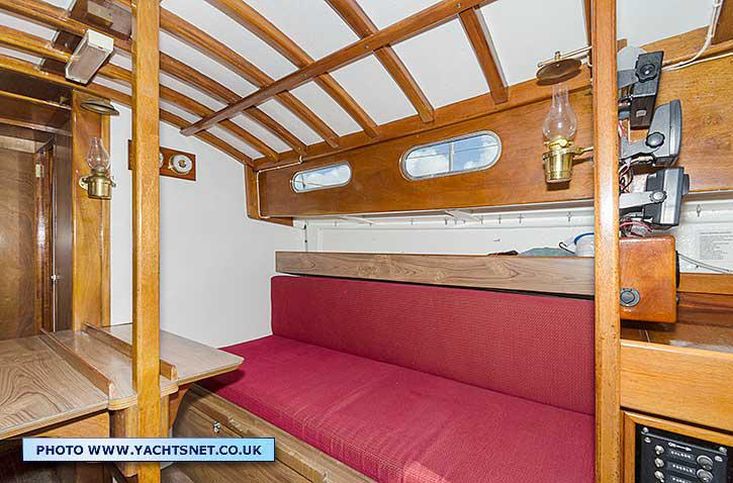 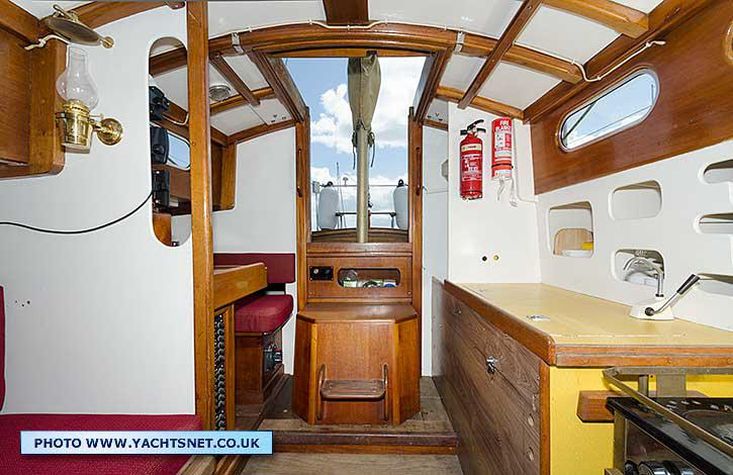 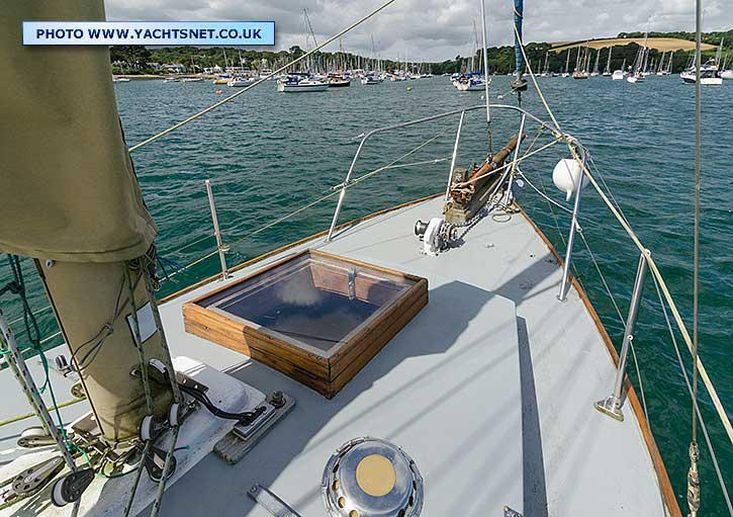 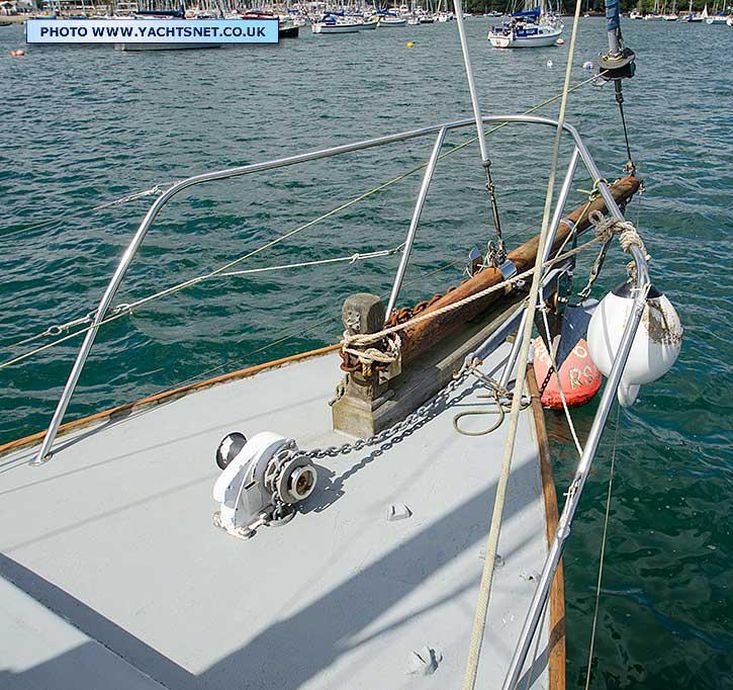 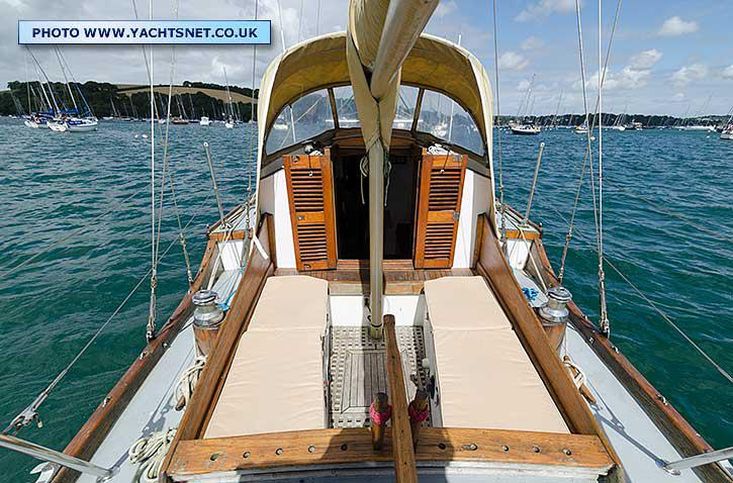 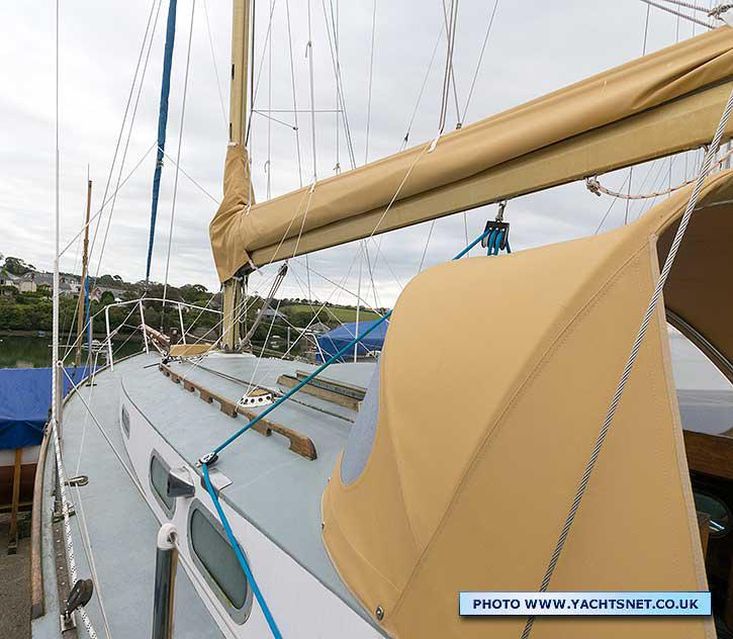 The Golden Hind is one of Maurice Griffiths most enduring designs. Conceived as a shallow draught family cruiser, for many years the design was also favoured for long-distance sailing. She is very much a go-anywhere boat, from drying harbours to long-distance passage-making. This 1976 GRP hulled example has a ketch rig with a taller mainmast, and had a very major refit/rebuild in 2000/2001 including a new 4-cylinder Beta diesel.

OUR OWN WEBSITE AT YACHTSNET.CO.UK ( https://www.yachtsnet.co.uk/boats/s991019/s991019.htm ) HAS FULL INVENTORY INFORMATION AND LARGER PHOTOS

The original Golden Hind was a 28 ft plywood hulled design by Maurice Griffiths in about 1963/64 in the heyday of amateur plywood boatbuilding. It was taken up by Hartwells of Plymouth for production building, as a way to expand their business from the company's origins as coffin makers. Sloop rig was standard, but cutter and ketch rigs were options.

To give more interior space Maurice Griffiths then modified the design to 31 ft, and most of the 250+ boats built were thus Golden Hind 31s. When Hartwells closed down in 1971 one of the staff, Terry Erskine, took over the boatyard and had a GRP mould for the hull made, so most of the later Golden Hinds, including this yacht, were GRP hulled with epoxy-coated ply decks and solid mahogany coachroof sides. Terry Erskine ceased building Golden Hinds in the early 1980s, but a few more boats were built in the 1990s from the same moulds by Golden Hind Marine and later Newson Boatbuilders. These last boats had a taller rig.

The particulars detailed herein are intended to give a fair description of the vessel but their accuracy cannot be guaranteed. These particulars are not a part of any contract or offer, and are supplied on the understanding that all negotiations shall be conducted via Yachtsnet Ltd., who are acting as brokers for the vendor. The vendor is not selling in the course of business unless otherwise stated. The prospective purchaser is strongly recommended to check the particulars, and where appropriate, at his own expense, to employ qualified agents to carry out surveys, structural and/or mechanical & electrical checks or tests.

Boats for sale
by continent

Boats for sale
by country